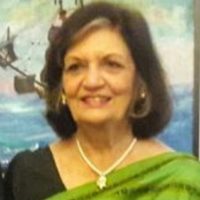 Kavita Sharma is the Founder Trustee and Vice President of Finance and Operations at the Rashtriya Life Saving Society (India). She also leads the Swimming & Lifesaving Training Centres of RLSS(I) as a Director.

She has introduced the ‘World’s Largest Swim Lesson’ in India in collaboration with the World Water Parks Association wherein on a particular day in June swimming facilities the world over invite swimmers and supporters of Drowning Prevention to their pools and engage with them with lessons in safe swimming.  This exercise has been well received by many pools in schools and clubs in India and the event has entered the Guinness Book of World Records. She has also actively participated in the Royal Life Saving Society’s 125th Year Celebration Festivities as a Commission Member.

Upon shifting to Pune in 1997, she joined her husband Rear Admiral PD Sharma, Retd. in launching the Rashtriya Life Saving Society (India) in the August in 1998. She began setting up Swimming & Life Saving Training Centres to empower people with lifesaving skills, training first aiders, lifesavers, lifeguards besides coaching people to swim and introduce children to the Swim N Survive Programme which she promotes in the country as a drowning prevention initiative. This programme has been well received and adopted by many schools, institutions and pools in numerous cities throughout India resulting in over 80,000 young people and children trained in swimming & survival skills in  aquatic environment.

Your ticket for the: Mrs. Kavita Sharma