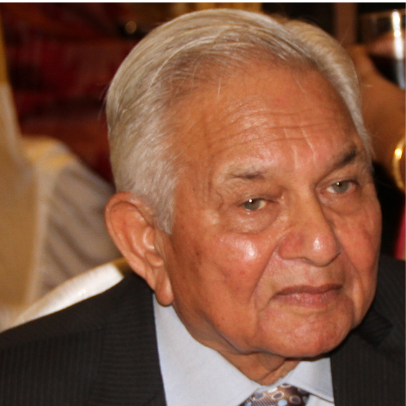 While in the Navy he qualified in DVD (Skin and VD) and served in various capacities on board Indian Naval ships such as INS Delhi, INS Magar and INS Mysore. As a Dermatologist he served with distinction at Command Hospital (SC) Pune and INHS Asvini, Mumbai from1966 -68 and 1970 – 74 resp. In 1953 – 64 he was deputed to serve with Nigerian Navy at Lagos.  From 1966 – 1968 he commanded the Naval Hospital INHS Jeevanti at Vasco da Gama in Goa.

To his credit he has the discovery of the cause of eczema due to weed Parthenium which was causing misery to the population of Maharashtra and in other large areas of western and southern regions of India.

He is a very keen sportsman having participated in Cricket, Tennis and Golf. He is a keen writer and avid gardener having attained qualifications in Mushroom growing, Plant tissue culture, Polyhouse floral cultivation and Hydroponics. He is also an accomplished Ceramic potter.

Your ticket for the: Surgeon Capt. Bal Jog